The now worthy tree – some connections 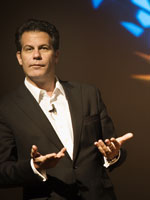 In his book The Rise of the Creative Class, Richard Florida, Professor of Business and Creativity at the Rotman School of Management, University of Toronto says:

An attractive place doesn’t have to be a big city, but it has to be cosmopolitan – a place where anyone can find a peer group to be comfortable with, and also find other groups to be stimulated by: a place seething with the interplay of cultures and ideas; a place where outsiders can quickly become insiders (pg 227).

Could New Zealand be seen as such a place?

An internationally renowned French philosopher, Jacques Derrida has written on “hospitality” and visited New Zealand. He says true hospitality is “unconditional” i.e. the nothing is asked of the guest, who can come in without having to give anything back, even their name. Interestingly, when Derrida was welcomed onto a Marae he seemed happy to receive a “conditional” Maori welcome – conditional on his following clearly laid out protocol. After the welcome he said:

I have been teaching for years, I thought I was teaching for years, on hospitality, but today I experienced directly with my heart what hospitality is or should be, what our relation to our ancestors, our relation to our heritage is and should be, so I learned more today, thanks to you, thanks to your very generous hospitality….I have learned a lot since I arrived in this country, more than I could have learned through books, about hospitality and tradition of all the people who are living together…. Reference: Simmons, L., Worth, H., & Smith, G. (2001). Derrida Downunder, Palmerston North: Dunmore Press.

Could New Zealand do more to recognize and develop its unique forms of hospitality for wider level intercultural engagement? There is much need. There is also much potential.

“The global public is inside as well as outside national publics and is the central dynamic in cosmopolitanism. pg 37

“The cosmopolitan imagination,” is where “codifications of both Self and Other undergo transformation”. pg 37

“If the cosmopolitan moment arises in the construction and emergence of new identities or forms of self-understanding, cultural frames and cultural models, then mediation is the key to it. This emphasis on mediation between, for example, competing conceptions of the social world accords with the cosmopolitan idea in all its forms: the desire to go beyond ethnocentricity and particularity. In this sense then, critical cosmopolitanism is an open process by which the social world is made intelligible; it should be seen as the expression of new ideas, opening spaces of discourse, identifying possibilities for translation and the construction of the social world.” pg 42

New Zealand has to a large extent adopted this kind of “mediation” role at the political level. For instance, Prime Minister Helen Clark has taken much interest in intercultural and interfaith dialogues. In the picture she is co-hosting interfaith and dialogue of civilization movements at Waitangi in 2007. Clark’s (then) foreign minister Winston Peters played key mediatory roles in building up communication between North Korea and the United States over nuclear weapons development.

The current Opposition leader, National’s John Key, has likewise affirmed New Zealand’s independent nuclear-free stance, and sees this role as providing a base for attracting talented people and investment to conduct business globally from New Zealand as a remote, safe haven in an age of insecurity in other parts of the world.

At a policy level, the New Zealand government’s Digital Strategy 2.0, which is likely to be implemented whoever wins the election (2008) states: “the digital world offers a whole new level of communication and interaction, allowing us to create culture and communities that are both locally grounded and globally connected.”

New Zealand is well respected for its nuclear free stance and its subsequent peace brokering and peace-keeping roles. Can it also develop an approach to intercultural relations based on local networking and local through to international forms of collaboration?

What do you think? What is needed? Are there some examples we can learn from?