From Localities to Network Localities & Nations of Well-Connected Villages

Village Theory Think Piece: How to better understand the global from the perspective of the local

This piece is about the influence of wider and variable interpretive concepts and understanding on particular perceptions and related behaviours. For a quick way into what follows, just think about the way in which in the West, and parts of the world influenced by it, Muslims have been perceived before, then after, two aeroplanes flew into the Twin Towers in New York on September 11. Especially after US President George Bush’s particular hermeneutic interpretation or framing of the events of this day when he declared a “War on Terror” in which “Either you are with us, or you are with the terrorists” and calling for a “coalition of the willing” to join in his crusade (although he quickly dropped this last term).

Here he introduced both a conceptually and geographically wider interpretation of a particular, local event. His introduction of this interpretation or framing has in localities around the world affected Muslims and others in relation to them in very highly-charged and impactful ways.

Classical phenomenology could be said to have been based on reflexive awareness and analysis of individual human knowing and knowledge. Husserl’s classical phenomenology describes the processes and contents of perception and knowing from the perspective(s) of the mind that sees and knows. The phenomenologist Merleau-Ponty’s accounts emphasize, also, the ways in which such perception and knowledge are mediated and synthesised and affected by the body, including “in its motility and kinaesthetic interaction with the environment.” (p. 75).

Increasingly with Husserl himself from the 1920s, and even more with some of his students, phenomenological accounts were also given of the knowledge of “life-world,” socially derived and intersubjectively shared perceptions, values and practices (notably Alfred Schutz, who was a sociologist “of the everyday”).

Both Husserl and Merleau-Ponty emphasized the individual’s immediate or direct processes of perceiving, thinking and knowing.

The philosopher of science and culture, Don Ihde, introduces some very useful terminology to describe and contextualize their approach. Writing from within the phenomenological tradition, he distinguishes between what he calls “microperception, whose emphasis is upon bodily-sensory dimensions and macroperception, which emphases cultural-hermeneutic dimensions.” The latter level continually affects and interacts with the former.

Ihde elaborates, “The first [microperceptual] emphases are easily associated with the blatant perceptualism of Husserl and Merleau-Ponty and the second, with the more implicit cultural perception found in Heidegger….” Pg 74-5.

That said, Ihde also notes in Merleau-Ponty, openings to macroperception, notably through it becoming what he says Merleau-Ponty calls polymorphic. In his Phenomenology of Perception the latter thus describes the development, in Renaissance art, of perspective, or the “perspectival deformation of objects” that was a feature of the new art, or its aesthetics. (Ihde, p. 75).

This introduction of what Ihde calls macroperception takes him beyond original or classical phenomenology into what he calls, as per the title of his book, “postphenomenology.” Published in 1993, he was writing in what he notes was an era of “posts,” e.g. postmodernism and post structuralism.

In such cases the limits of classical positions were seen, but there was no desire or ability to return to simple traditional perspectives.

In several ways, Ihde shows himself to be a philosopher of the variability of perception. Especially in an increasingly interconnected world, macroperceptions can and do interact with and affect microperceptions to create infinitely varied cultural, multicultural and intercultural permutations.

As well as influencing cultural knowledge, macroperceptions are also intrinsic to the conduct of science itself, notably via its use of instruments and paradigms, albeit that the criteria for the acceptance of change are much more rigorous.

Ihde notes how direct microperception does not by itself yield accurate scientific knowledge. From the time of Galileo’s use of the telescope some 400 years ago, science came to be “instrumentally embodied in technologies.” (Instrumental Realism Indiana University Press, Bloomington USA p. 74).

Galileo’s observations through his telescope confirmed the sun went around the earth, contrary to the literally everyday observations of everyone using their naked eyes. The microscope also came into use in this period to open “the sub-perceptual world” (ibid p. 75) to scientific inspection.

Ihde in effect makes the point that the pure sense-data yielded even by telescopes and microscopes are not adequate by themselves. To paraphrase his point, the data of such instrumentally-mediated observations need to be interpreted within the scientifically evolved and accredited frameworks and schemata. These make available wider (macro) contexts of knowledge which enable the observations made through the scientific instruments to be interpreted and understood. It is thus that solar systems, bacteria and so much more can be investigated and known.

Relatively recently, in the 1960s, Thomas Kuhn introduced into science the concept and language of broad explanatory “paradigms.” He noted how the scientifically constructed Newtonian physics paradigm of the eighteenth century came to be superseded by the scientifically constructed Einsteinian paradigm of the twentieth century. The latter had greater explanatory power for the range of what was known to science and physics than the former. To paraphrase the significance of paradigms in terms of Ihde’s point, macro-level paradigms are needed to be able to interpret, interrelate and evaluate scientific work done at micro levels.

Scientific and technological innovation based on the ability to create and apply scientific knowledge and paradigms has of course provided the Western world with tools to explore, colonize and variously control most of the rest of the world since 1492. In developing these tools ahead of others, the West was able to “modernize” ahead of the others, which has given it not only more tangible, material power, but also social and cultural advantages. Various elites and publics of other nations and cultures came to measure themselves by their comparative lack of modernization, and often aspired to do achieve it.

The discovery of many diverse cultures in the world by European explorers, merchants and settlers, and the study of them by anthropologists, had begun to make European cultures aware of many other cultures and cultural interpretations.

However, this was commonly done from a position of ethnocentricism, assuming that modern Western culture was the most significant and even valid, world culture, and others were not to be taken as equal to it or as seriously.

A reversal or at least a partial reversal is now underway. More recently, places like China and India along with other parts of Asia, including Malaysia and Korea, have risen economically, while the European and Anglo-Saxon countries have been on the wane.

This trend has helped to open up the way for concepts like “multiple-modernities” as growing out of diverse traditional cultures to replace the simple, western-based, concept of “modernity” as a pattern for all modernization programs (Eisenstadt).

Globalization has in numerous ways resulted in increasing movements of people, products, ideas, images, beliefs and narratives around the globe. These continuing, often fast-moving “mobilities” (John Urry) create an “age of speed” (Virillio) that results in both disruptions and new opportunities as what Ihde calls “pluricultures” come to local places both via person(s) and screens.

The challenges for local areas everywhere then becomes managing flows and disruptions so that they do not get out of hand, while developing new forms of mutual belonging based around collaborations that recognize and realise new opportunities.

The analytical distinction and engagement between micro- and macro-perceptions could usefully be re-framed in terms of the expansion of horizons, to apply Hans-Georg Gadamer’s terminology. First, it is useful to see what Gadamer means by horizons, and why he considers them important. He writes:

The horizon is the range of vision that includes everything that can be seen from a particular vantage point. Applying this to the thinking mind, we speak of narrowness of horizon, of the possible expansion of horizon, of the opening up of new horizons, and so forth…. A person who has no horizon does not see far enough and hence over-values what is nearest to him.

On the other hand, to have a horizon means not being limited to what is nearby but being able to see beyond it. A person who has an horizon knows the relative significance of everything within this horizon, whether it is near or far, great or small. (Truth and Method, Continuum, London, 2004 pp 301-2)

He rounds off with a point that could be useful for designing a research methodology. What he calls “working out the hermeneutical situation,” or ascertaining the “relevant” questions for an inquiry so that what is needed can be drawn out, involves “acquiring the right horizon of inquiry for the questions evoked by the encounter with tradition.”

Basically, when a person or group reflects upon and navigates to and fro between micro- and macro-perceptions to create a better understanding, a broadening of horizon takes place.

When individuals or groups with diverse backgrounds (local and international, for instance) communicate and share horizons, they may create new, shared horizons, horizons in which diverse micro and macro perceptions are merged or blended in new and productive ways. This kind of exercise in a locality, whether formal or informal, would enable those in the locality to better recognize and connect resources – in the broadest sense of the word – and possibilities from local to wider, ultimately global, levels.

Gadamer’s approach needs to be updated for contemporary application. In terms of the kinds of localities impacted on by the mobilities of globalization,  “working out the hermeneutical situation,” may need to involve processes of inquiry and retrieval in which a number of traditions, and modernities that exist alongside one another in a locality can communicate and develop new, shared horizons.

The widening of horizons enables all to see more, including new opportunities to create flourishing, inclusive and sustainable localities in which all can meet needs.

A social scientific methodology to assist with this kind of project has been piloted in Hazel Ashton’s doctoral thesis and aspects are discussed in many of the Village Blogs.

Your thoughts, and suggestions most welcome. 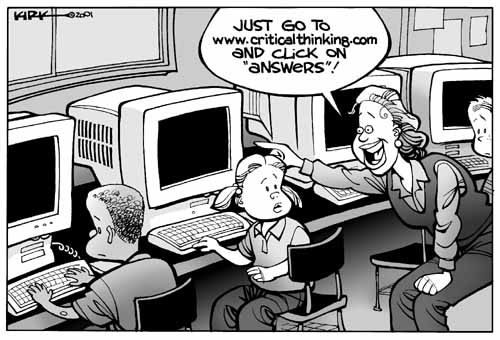 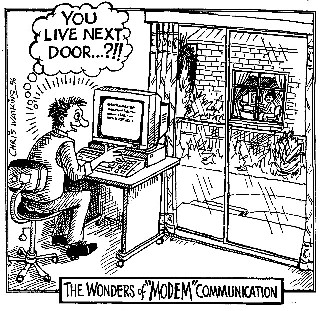 Lecture on the good life in the reflexive community: Aristotle & Lash