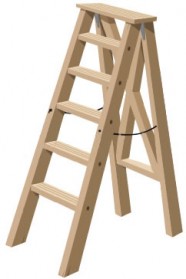 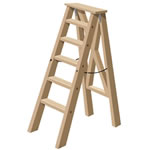 Science Alive is a charitable educational trust that, as its website says, “aims to promote the value of science and technology through interactive experiences.”

The Award is proposed for two reasons.

Firstly, because of the way Science Alive has made itself available to the wider city after the earthquake through outreach programmes.

Secondly, for quickly recognizing the opportunity in seeking to move to the proposed central city IT hub, the Enterprise Precinct Innovation Campus (“Epic”, which was the subject of the preceding Ladder Award nomination).

Science Alive opened in the former Christchurch railway station in 1992. These premises were badly damaged in the earthquake in February this year.

If this move to the Epic centre came off Science Alive would find itself operating at the heart of cutting-edge technological developments and well-situated to learn from and contribute to the buzz around them. These experiences could help Science Alive to develop cutting-edge demonstrations of up-to-date technological developments and thinking. Science Alive could then help diffuse these developments to the students, teachers, business and community organizations and other interested parties whom it caters to throughout the city, potentially opening up many new creative conversations.

Especially since losing its building, Science Alive has made itself very accessible to the wider city with outreach projects. As its website says, it makes itself available to schools and after-school programmes, and even birthday parties across the wider city.

For instance, as has already been noted in the recent Ladder Award nomination for the Hornby schools’ collaborative project, Science Alive took a stimulating interactive session to interested pupils who came together from various schools in the Hornby suburb.

Reflecting on these Science Alive post-earthquake developments and aspirations, Antipodean Village-Connections Blogger thinks there could be considerable potential in this new city location for Science Alive to build up a role, if it wished, as an interactive communications-broker or -node. A node that could help connect technology developments and buzz at the central city innovation hub (Epic), itself globally-connected, with various suburban nodes throughout the city.

All of which could also, significantly, open up opportunities for local people to draw from their own experiences and aspirations to raise their own questions and make suggestions.

Science Alive could then take these back to the globally-connected central city IT campus hub where they could help stimulate fresh buzz and innovation gingered by in-puts from local life and experience.

In other words, Science Alive could in some measure help to connect, at one end, people where they live, learn, work and create in local areas of Christchurch and, at the other, contribute to on-going, contemporary cutting-edge, ultimately global value-creating, technological innovation and thinking.

All of which might also help encourage and stimulate local schools and other interested parties to network more, to build up better, locally-shared networking-platforms from which they can better to and fro with one another and the wider world.

As present visions and plans for Christchurch’s educational and technological development are realised, it may come to be seen how Science Alive’s post-earthquake outreach sessions with Hornby schools and elsewhere have helped make it possible for central and wider Christchurch to come together as a well-connected city of innovation.

Send your own nominations for a Ladder or Shovel Award