From the 2016 New Zealand Defence White Paper to a New Wellington Declaration?

This blog was originally published on 18th May 2015 and updated on 20 March 2016. The formatting for the original versions of this and some other village-connections.com blogs has inexplicably changed, so the current version has had to be re-formatted and I have taken the opportunity to make some revisions of the original.

The New Zealand government is preparing a “defence” white paper on what it calls “necessary defense directions”. To help it with this those involved in preparing the paper invited “a group of outside analysts” to attend a symposium in Wellington to answer the questions, ‘What do I want from the Defence White Paper?’ and ‘What do I expect from the Defence White Paper?’

[A note on the use of language: While military forces can be used for defense, they also get used, even by forces New Zealand collaborates with, for “offense”. A notable recent example is two United States invasions of Iraq, whose forces New Zealand supported in various ways. So rather than use a term that euphemistically presumes simple defense, I prefer the term “military”.]

The organizers sent me notice of the symposium but as I will be unable to attend I wish to offer what would have been my main suggestion had I done so in this blog. The symposium, being held at the Centre for Strategic Studies in Wellington on 21 May, 2015, is to address as central issues:

The core point for me is the absolutely pivotal nature of the choice made on the third issue – international relationships, or foreign policy – for the other two.

Specifically, I see as pivotal the way New Zealand chooses to relate to the United States and China as the two major global geostrategic and economic powers – and rivals.

Put bluntly, New Zealand’s traditional foreign policy of military alignment with the United States, recently re-formalized through the Wellington and Washington Declarations and embodied in military exercise/integration programs, opens New Zealand to expectations that it would provide moral, and potentially physical support to the United States should major disputes or armed conflict – potentially nuclear – build up between it and China.

As former Australian prime minister Malcolm Fraser pointed out in his book, Dangerous Allies, by providing major military base and strategic telecommunications facilities for the United States Australia has created some prime targets on its soil in the event of a – potentially nuclear – war erupting between the two rivals.

New Zealand would be unwise to accept or drift into a relationship where it could be seen as amenable to pressures to provide amenities or other strategic support to the United States in times of tension and conflict. As a former New Zealand Secretary of Defence has noted, in the Cold War New Zealand was included on the Soviet Unions nuclear-target list.

The full ramifications of the situation need to be understood. In that ultimate crisis the Soviets weren’t going to wait to monitor whether a warship was in this or that port before targeting a specific area. It was much more doable just to allot in advance some of their all-too-numerous nuclear missiles, including potentially from south-patrolling submarines, to take out amenities that could otherwise be made available to support their opponent.

Comparable situations cannot be allowed to build up in relation to  the United States and China. Recent revelations by Edward Snowden have already underlined how implicated New Zealand telecommunications facilities have become in United States international spying  and monitoring strategies.

How might these be used in a periods of tension and crisis? More particularly, how might the Chinese think spy facilities located here such as at Waihopi near Blenheim could be used to collect and convey information that was strategically useful to the United States? Even if New Zealand attempted to fudge, or to take non-committal postures in the face of rising tensions between the two rivals, that would still leave New Zealand open – to the end – to invidious suspicions and to pressures from one side or the other – or from both – to do what would be to the advantage of each against the other.

We can do much better: we can,  as ally or enemy of neither, work instead with both as an honest communications broker to help reduce tensions and improve their understanding and relationships with each other.

Indeed, in 2012 our Foreign Minister Murray McCully proposed on Radio New Zealand that this country develop this sort of role (NZ uniquely placed to deal with US & China). Unfortunately, the Labour spokesperson on the radio with him for the interview rejected the proposal out of hand rather than accepting it, or at least proposing it be looked into to see how it could be made to work.  Hopefully,  political-party and other relevant decisionmakers will take serious account of the issues such as are raised in this and other related village-connections.com blogs and see that there are ways of implementing some very necessary policy changes.

Since this blog was first written, Massey International Relations Associate Professor Beth Greener has also put forward the option of working with the United States and China to help find “win-win” ways of addressing issues in a region where very large and complex changes are taking place (Getting New Zealand Beyond the Great Power Game, June 19 – a very descriptively-titled piece that adds significantly to some very mold-breaking debate taking place at www.incline.org.nz).

She seems to be one of the very few academics in this country to have raised salient questions about the status quo that can help New Zealanders to look beyond it.

What I would like to propose as the most useful question is, how in practice might a communications brokering role be built up, one that engages not only these two major powers but other regional ones as well? New Zealand could actually make a beginning on this kind of work  almost immediately.

As a small country remote from international tensions and widely recognized for not having large-scale interests of its own to push, New Zealand could help improve the communications and the security of the Asia-Pacific region by filling gap in it for a venue that was always available to all for diplomatic conversations and forging solutions.

While Europe has Geneva and Vienna, our region has no comparable venue.

My starting point is that the United States and China, along with others in the Asia-Pacific region, could benefit if there was a place where all met and talked regularly and comfortably with one another, informally as well as sometimes formally, about way differences might be addressed and about what they might like to accomplish together – and they have diplomats continuously domiciled in Wellington embassies who could do this.

Why not make better use of these diplomats?

Perhaps it would help also if the government invited diplomats to come together on a regular basis in a convivial atmosphere – whether monthly or even weekly – primarily so that they could get to know one another better and become more comfortable communicating with one another? It might be best that such conversations did not typically address specific, high-stakes issues. However, such conversations could help create “diplomatic capital” that enabled more robust connections and channels to be built up for addressing such issues more effectively when they did arise.

Over time, it might also be possible for a much clearer, shared vision of interests and goals, and practical ways of achieving them together to emerge than appears likely in the present circumstances.

Perhaps communications specialists and facilitators could be engaged from time to time to help raise the quality and potential of such Wellington conversations? Might it be useful to sometimes also involve academics in various ways and degrees, especially including academics who could be readily available in Wellington? Could such academics sometimes create study programs to help shine extra light on problems and possibilities? Might international academics and students from various parts come to learn from and contribute to such studies, whether as separate individuals or together in variously-composed study teams? (For more details: Wellington as a regional – & beyond? – Diplomatic Village: Making Wellington a diplomatic village for the Asia Pacific region – and beyond?

Conversations and connections built up in Wellington as an international diplomatic village could enormously amplify what might be achieved in such brokering work by present and future diplomats who engaged in them. (For more details: NZ as Security Council Honest Broker – With (convivial) diplomatic village support)

Reducing defence capability needs all round!

In sum, I would argue that it makes more sense for New Zealand to prioritize working with all to help create a more benign and cooperative region rather leave itself open to invidious pressures to help one major power to front up against another in international crises against another, rival power (a rival that is also New Zealand’s biggest trading partner). Indeed, the more international relations improved as a result, the more benign the shared strategic environment would become and the less the need felt all round for ever increasing, ultimately mutually-threatening “defence capabilities”. Not to mention the need to do everything possible to help reduce potentially omnicidal tensions between nuclear-armed rivals rather than setting ourselves up to be caught up in their confrontations.

For such reasons what I would want the Defence White Paper to do primarily is to acknowledge the central importance of making prudent international relations decisions and to recommend, accordingly, that a program of inter-embassy conversations be developed with academic support as appropriate in Wellington as New Zealand’s capital city.

As happened when New Zealand went nuclear-free, the military itself could emphasize the provision of peace-keeping, peace-building and disaster relief, especially through the United Nations. Let’s also make a new “Wellington Declaration”: one that is signed with both the United States and China as well as other interested regional states that declares the intention to make this antipodean capital city a “Village of Diplomatic Conversations” about how to achieve a much more peaceful, secure and bright future for all in our region, and for others beyond it. (More details on my blog: New Zealand relations with US & China: Ally, Wiggler, or Constructive Broker? )

Your comments, questions, and disagreements or agreements are most welcome. 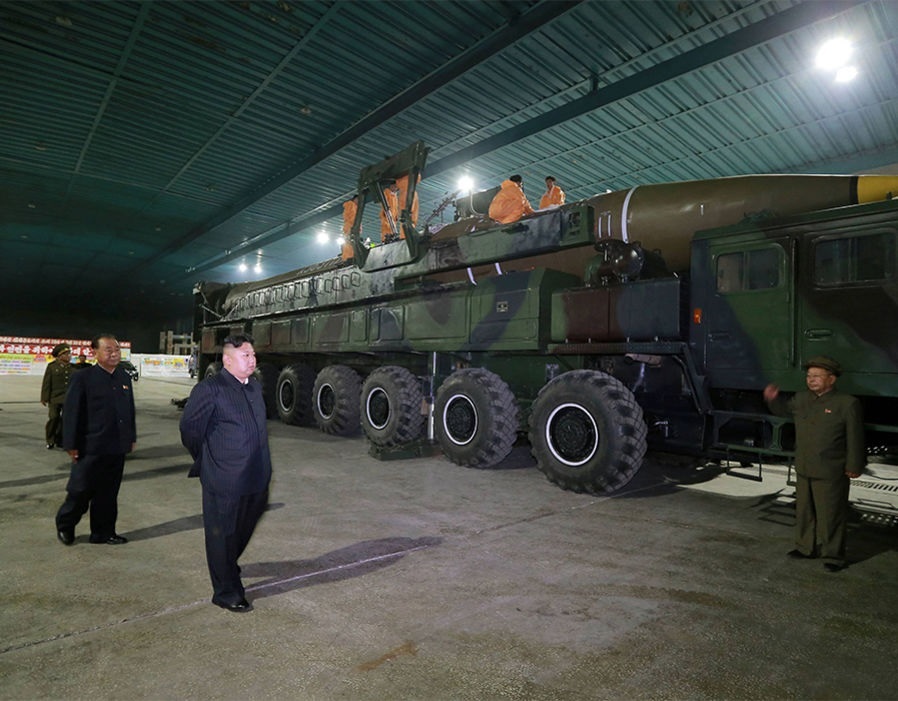